Hey! It’s Saturday! Last week was hectic as anything, but I managed to survive. No one likes almost $700 in car repairs, but they were necessary. Now to try and sell some books and recoup at least part of that.

I had a couple of really good things happen last week. One just came to pass last night. My blog’s now a syndicated one on Authorsdb! 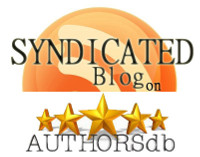 The other one…well, it started coming about earlier in the week. But I’m still grinning about it.

I was checking my email late one night. There was a message from a gentleman who was part of a comicon at a community college. They were going to do a charity silent auction at the con, with the proceeds going to a local food bank. And he was hoping I could donate a book or two.

Oh, and the school was located in Scotland.

After I got past my momentary glee and sense of wonder for being asked, I did my due diligence. Made sure that the school was legitimate, that the con was listed on their website on the day he mentioned, and found social media information about the contact person and con itself.

Here’s where things got a little sticky. The con’s on April 25th. In order to get any books there, on time, it was going to cost a lot. I couldn’t find shipping options lower than $35 for a single book. I asked if they could help cover part of all the cost, as the abovementioned van repairs were still pending. Nope. Wasn’t going to be able to help.

So, I thought about it. And asked him what he thought of me doing a digital prize. He loved the idea!

I’ve sent him my covers, bio, headshot, and the Solstice Publishing logo. He’s going to come up with a display using those. The winning bid will be able to email a code to me and I’ll send them .df versions of all 18 titles I currently have out.

To sweeten the pot, I suggested he set a minimum amount (high enough to really benefit the food bank, but not so high that no one would ever bid on it) and, should the winning bid be at that point or higher, I’ll either name a character or dedicate my next book to them.

I don’t consider being an author as a money making scheme. I don’t necessarily want to hire bodyguards or an assistant who screens my emails. Because it’s not all about me. It’s about the stories, the readers, and the good that you can do by being a public person. I’m still relatively unknown. But if I can do something like this and help a food bank out, yeah. It’s worth it.